Those of you who follow my Facebook page know how much I have been raving about this book for the past couple of weeks. 😉  This post is my own little contribution to making people aware of this book. I have cleared it with Carmen Jenner, of course, and this is what you will get from me today: some amazing teasers my fellow sugar junkies have made + my review. I hope you will enjoy reading it and decide to give this AMAZING new author a chance and buy her book. I am almost 200% positive that you will not regret it!

Ana Belle never wanted anything more than to hang up her apron, jump on her Vespa and ride off into the sunset, leaving Sugartown in the dust.

Elijah Cade never wanted anything more than a hot meal, a side of hot arse and a soft place to lay his head at night where he could forget about his past.

But you know what they say about wanting: you always want what you can’t have.

Nineteen year-old virgin Ana is about to discover that’s not quite true because a six foot three, hotter than hell, tattooed, Aussie sex god just rode into town. He’s had a taste of her pie and he wants more– no really, Ana bakes pies for a living, get your mind out of the gutter.

She’d be willing to hand over everything tied up in a big red bow, there’s just one problem; Elijah has secrets dirtier than last week’s underwear. Secrets that won’t just break Ana’s heart, but put her life at risk, too. When those secrets come to light, their relationship is pushed to breaking point.

Add to that a psychotic nympho best friend, an overbearing father, a cuter than humanly possible kid brother, a wanton womanizing cousin, the ex from hell, and more pies than you could poke a … err … stick … at.

And you thought small towns were boring.

*Content Warning. Intended for a mature 18+ audience. Contains explicit sex, oodles of profanity and a crap-tonne of AWKWARD.

ARC received by the author in exchange for an honest review

To say that I liked this book would be an understatement – I LOVED IT! It has everything that I look for in a book: romance, sassy heroine, alpha male, heartbreak, smart-ass best friend…the list goes on and on.

Let me start by telling you a little but about our heroine, Ana: wrongfully labelled the town slut – which, by the way, I will NEVER understand some people do, but the world is cruel – she longs to spread her wings and leave her home, Sugartown. She is, however, almost resigned to the fact that she will live there and bake her pies for the rest of her life. It is the typically small, boring town filled with narrow-minded, opinionated people that, sadly, exist everywhere.

Obviously, being a 19-year-old in such a town can hardly be easy. What is more sad is the fact that Ana had to grow up at a very young age – she was only 13 when her mother died, leaving a heartbroken father that soon fell into the clutches of “The Dragon”: a woman not much older than Ana, actually, who set her sights upon him and got pregnant very quickly. Needless to say, Ana’s father was not a very smart man. The only good thing that came out of it is Sam, Ana’s adorable six-year-old brother, who she has practically raised herself since the day he was born.
Ana works in her mother’s pie shop, baking and selling pies all day long, side by side with her best friend, Holly, bored out of her mind and dreaming of better things to come.

Then enters our tattooed, rough-around-the-edges, bad-boy, Elijah Cade…He is just what every mother warns her daughter to stay away from, of course, and exactly what every girl dreams about.

“The t-shirt he wears is fitting and black, and there are tattoos almost everywhere. Oh, sweet mother of god. I’ve never wanted to lick anyone’s bicep before, but even from across the street I can see how edible this guy is.”

“His eyes are such a deep, dark chocolate that they’re almost black and I think I see the first hint of a dimple when he gives me a bemused smile. Dimples, for crying out loud! Like he wasn’t already perfect enough with his lashes and his leather and his freaking melty dark chocolate eyes!”

Well, enough said about Elijah’s gorgeousness! Elijah is…well, a man filled with secrets is, in my opinion, the best description for him when we first read about him. He has no family, no connections, no ties to anything – except to his motorcycle. He moves from town to town, always on the run, never looking back. He takes one look at Ana, though, and almost immediately wishes for another kind of life.

“Holy mother of whoring nuns she’s hot. Fuck! I haven’t just crossed the border into boner territory, Mr Happy’s erected a tent from my jeans and is setting up camp there.”

“I’m not the guy who stays in one place long enough to have a second date. When they’re seeing proposals and picket fences I’m checking out of shitty motels and watching road signs turn to dust in my rear-view mirrors. I’m practically married to that white line. So why the hell can’t I walk away?“

From Ana’s point of view, Elijah is quite the conundrum: one minute he wants her, the next he tries warning her away from him. It does not take long, though, before this couple is burning up the pages with their sizzling hot chemistry – I am almost blushing while writing this review – and everything seems to look great for their future.

Then BAM! Some serious and scary bikers from Elijah’s past turn up when he least expect it and then things start spinning out of control in Sugartown. I refuse to tell you more: suffice it to say, this book is NOT what you expect. It is, plain and simnple, so much better.

Ana is a wonderful character: smart, sassy, strong – she refuses to let the town and it’s population hold her back. And even though she, at one time, almost breaks, the key word is “almost”. Yes, she feels extremely hurt, vulnerable and damaged, but with time she gets back on her feet. My Heart literally broke for her a time or two, which, to me, says so much about the author’s ability to engage her readers.

“I’m much too psycologically damaged for someone like Elijah. He’s a man who clearly likes to fuck women and I’m a broken girl who can’t even crawl outside of my own head long enough to allow myself this one shot of happiness.”

Elijah is very alpha, very cocky, but so vulnerable when you really get to know him. His past, when you finally get to read about it, really makes you feel deeply for him. Yes, he makes mistakes, yes he can be really stupid – but he is REAL. And I love how the author has made all the characters believable – even the secondary characters such as Holly, Ana’s father and her cousin, Jackson, feel very real to me. A side-note: I am positive you will love Holly – at first, she seems like such a very free-spirited, fun type of person (which she is) but she has hidden depths and is a wonderful friend to Ana. And Jackson…? Well, let me just say one word: man-whore. 😉 (Or maybe that is two words, actually…)

You are almost getting winded while reading the last half of the book, at least that is how I felt. Even though I finished it a few weeks back, I can almost feel the adrenaline coursing through my veins again while I am writing this. The pace of the story is perfect: you have the slow build-up when you get to know Ana & Elijah – then the really fast-paced, scary part of the story when you are biting your nails, tearing your hair out, not knowing how this couple will get its HEA. And THEN we get to the final part of the book when everything finally falls into place, and you are sighing, swearing (in a good way, of course) and swooning…Yes, another book filled with emotions has seen the light of day.

I was left with a massive book hangover after having read “Welcome To Sugartown” and even though I was sad about the fact that the ending is rather abrupt (there is no epilogue), it does not really matter because there are two more books in the series coming to us!

Miss Jenner, I want to live in Sugartown with you, Ana, Elijah, Holly, Jackson and all my Fellow Sugar Junkies! This first novel of yours is one of my favourite books of all time, and I cannot wait to read your next book, “Enjoy Your Stay”. Just thinking about the kind of mischief Holly and Jackson will get up to makes me giddy! 🙂

She’s also a compulsive, flagrant prevaricator who gets to make things up for a living.

While Sugartown may not technically exist, Carmen grew up in a small Australian town just like it, and just like her characters, she always longed for something more. They didn’t have an Elijah Cade, though. If they did, you can be sure she would have never left.

Here’s a few more teasers to whet your appetite, ladies! 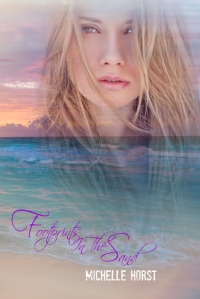